I'd like to write a blog/gemlog post about positive experiences from open source contributions. And by that I mean I want to hear your stories, and publish them as CC0 along with my own :)

Bring it on! (Boosts are of course welcome)

Critical @critical@blob.cat
@tinyrabbit The one that most affects me is GNU/Linux.
I used to only use Windows.
My laptop was about 2 years old when updates stopped installing. I contacted Microsoft support and they simply told me my device was no longer supported. Newer versions wouldn't install, even when doing a clean OS install. I kept using it until I decided to replace the CD drive with an SSD. Thats when my old drive, which was encrypted, stopped being recognised by Windows (on any machine). And since I lost almost everything (I had an old backup) and an Ubuntu live USB was able to detect all the drives, I decided to finally try Kubuntu.
After being saved by Linux, I started exploring more and more of the free and open source world.
I was also starting to care more about privacy, so ditching Windows and most proprietery software was a good thing.
I also started exploring alternatives to centralised services and that's how I ended up on Fedi.
0
May 05, 2021, 19:27

KemoNine @kemonine@pleroma.kemonine.info
@tinyrabbit back when xbmc (now kodi) announced the android port i got involved and was encouraged to run nightly builds and have an open ended thread on xda-developers forums for folks running the builds

as part of the process i was able to get a lot of coaching and help from the official devs and eventually made some early contributions to the android port ; the devs at the time were really cool to work with

more recently i discovered zmk (open source keyboard firmware) and their devs and contributors in their discord channel were a HUGE help for me getting started and were very encouraging of contributions. so much so that they were able to mentor me into becoming an official contributor to the project
0
May 05, 2021, 20:13

@tinyrabbit I def wanna contribute, just send me back a message I can keep in my phone notifications til I get home!

(Is this the dumbest way to remember something? Maybe)

@acdw sounds like how I use my email inbox 😄 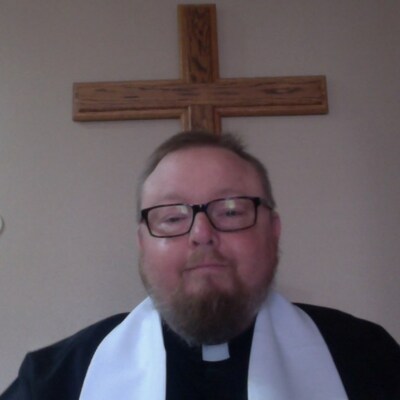 @tinyrabbit many moons ago I got saddled with using this new SCO server my company bought. Looking for a way to learn/run it @ home I ran across this strange OS called Linux (pre v1) Yggdrasil. I started running it and haven't looked back since - made more than 20 year career out of it now.

@tinyrabbit was thinking to write about how it contributes as my daily tools for learning, teaching and sharing new things among community. I did learn a lot from others code and doc, as from access to quality software for free.

🕷️ @welt@pl.spiderden.net
@tinyrabbit I abused the Hacktoberfest system and got three free t shirts. CC0
0
Sign in to participate in the conversation